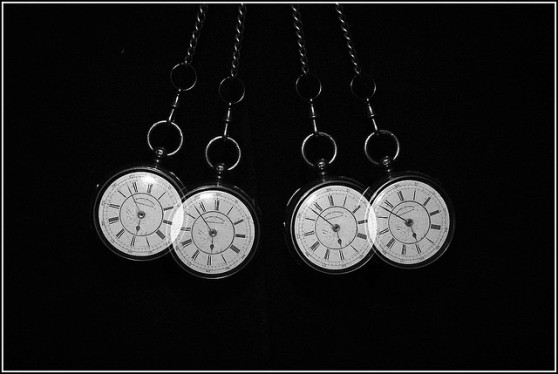 It was the year 2012 and I had never been to therapy before. I rode my bike through the hot street of Lafayette in the middle of June. The air was thick with humidity and tiny, irritating mosquitoes. By the time I got to the doctor’s office the back of my shirt was saturated with sweat. I signed in and gave my insurance information, and finally the doctor called my name. He was a distinguished man, by which I mean he was over fifty. We went up the stairs to his office. He had a brown leather couch next to which was a side table with a Kleenex box and a reading lamp. His desk was impressive and cluttered, but not messy.

When we sat down he pulled out a tape recorder and asked if I was okay with the session being recorded. I didn’t mind, as long as I didn’t have to hear my own voice being played back at me. I’ve never liked hearing my own voice. After a few initial questions to try to determine the purpose for my visit he asked if I had ever heard of hypnotherapy. Of course I had. Back in my New Age phase during high school I was obsessed with it and even tried autohypnosis several times with no success. In this post I will describe what our first thirty minute session was like.

He told me to get comfortable, and I just sat back on the sticky, leather couch. I didn’t want to lay down because I didn’t feel comfortable putting my feet on his couch, something I’d picked up somewhere along my childhood. We began with breathing exercises. I was monitoring my breath, breathing deeply though my nose and exhaling through my mouth as instructed. I had a bit of an anxiety problem at the time so I didn’t relax as much as I wanted to because I could hear my heartbeat in my own ears. My eyes were closed.

Then he instructed me to let go of all tension. We began at my toes and ended at my forehead. That actually did put me more at ease, much more than the breathing exercises.

Then began the countdown. He counted backwards from ten, telling me after every number that I was more relaxed than the last number. I expected to eventually fall asleep or lose awareness before he hit zero, but it never happened. I didn’t think the hypnotherapy was working, but I went along with it anyway, not wanting to hurt his feelings. (Think of the episode on Community where Britta lets Pierce hypnotize her).

My initial session was to try to get my anxiety attacks under control, so after he hit the number zero he asked me what color I pictured when I began to feel the onset of an attack. I replied dark grey, with jagged lines, like a dark exclamation bubble in a comic book. He told me to picture the gray jagged bubble and to describe any changes I felt in my body. I started to hear my heartbeat thumping in my ears again, picking up speed and volume. I tried to stay still but my left foot began to tap a little. He then began to say “I am aware of my body right now, so what?” He said it over and over again, and prompted me to start saying it with him adding emphasis on the I and the MY.

After a few minutes of repeating it, I began to calm down. It began to make sense, that it was MY body and I was in control of it. Not the other way around. He counted to ten again and I opened my eyes.

“How long do you think your eyes were closed?” He asked me.

The doc informed me that I’d had my eyes closed for a half an hour. Maybe I did tap into my subconscious after all.

That was my first hypnosis session. We repeated that mantra for a few more sessions, and I must say I still use that mantra anytime I feel another attack coming on. I barely have them anymore because the knowledge that I have control over my own body keeps them at bay. I thought hypnosis would be a lot more mysterious and intriguing, but my experience taught me that we all experience it differently. My hypnosis was light, but I can’t say it didn’t work and that I wouldn’t try it again.

One response to “The First Time I was Hypnotized”

Noemi is a bartender in NYC. She lives with her dog, Stevie Ray and hopes to one day become a celebrated author.